In 2007, Carlos and Aline Pereira welcomed their daughter, Clara, into the world in Recife, Brazil, but their world would never be the same.

“The day my daughter was born, a medical mistake induced her with cerebral palsy,” says Carlos. “She wouldn’t walk or speak. From the moment I found out, I started to look for solutions to help her.”

He discovered stem cell treatment, which at that time was impossible to access in Brazil. The procedure would cost $40,000. At the time, he only had about $3 to spend. So Carlos opened a bank account, built a website, and launched a crowdfunding campaign – the first one in Brazil. Before he knew it, he had raised the full amount needed for the procedure, earning a ton of media coverage in the process.

In 2009, when Clara was almost two years old, she became the first person in Brazil to receive stem cell treatment, according to Carlos.

For most of the one billion people around the world living with some form of disability, treatment remains out of reach and financially prohibitive. According to the United Nations, this group forms the world’s largest minority. Collectively, people with disabilities tend to experience greater degrees of workplace discrimination and economic hardship, especially when they can’t communicate orally.

For most of the one billion people around the world living with some form of disability, treatment remains out of reach and financially prohibitive. Tweet This Quote

After her treatment, Clara gradually showed signs of improvement. However, she still struggled to communicate. Around 15 million people in Brazil alone, according to Carlos, can’t speak due to their disabilities. Not wanting his daughter to live a life unheard or uneducated, he decided to build a software solution.

“I’m an electronics engineer with no background in development,” says Carlos. “But I saw my daughter needed it, so I had to learn. I went to a computer class, started learning, made a prototype, and tested it with Clara.”

After several rounds of this experimentation, Livox emerged. Livox is an app with an intelligent algorithm that adjusts the “incorrect touch” of someone with motor or cognitive challenges as they interact with it on a tablet. The app is populated with educational content, and it uses natural language processing and machine learning to teach disabled people to read, write, and understand complex math concepts in a customized way. A speech synthesizer, similar to what Stephen Hawking uses, even enables the user to vocalize answers where applicable. 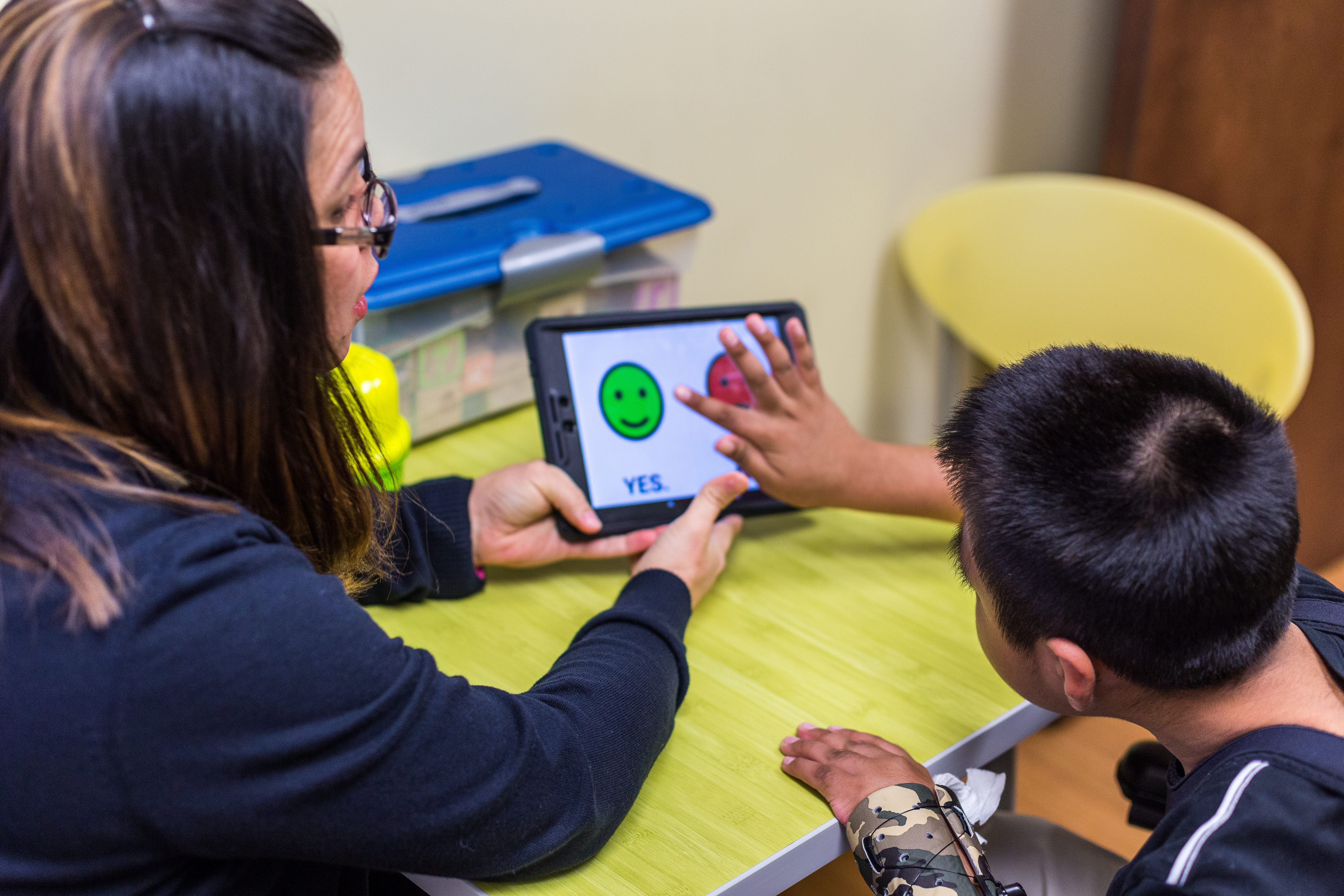 A Livox user at The Florida Hospital in Orlando, Florida. Livox is already being used in five of the hospital’s seven facilities in Central Florida. Photo from Livox

“Communication is one of the most basic human needs,” says Carlos. “We’re trying to provide ways for people [with disabilities] to communicate. It’s a big challenge for a teacher to have a child with a disability in the classroom. How can the teacher possibly know if this student is learning or not, especially if the student can’t say they don’t understand?”

Word spread fast about Livox, and parents with children who had autism and ALS approached Carlos to ask if the app would work for their kids. Each time this happened, Carlos would develop a new algorithm to address their specific needs.

Around 15 million people in Brazil alone can’t speak due to their disabilities. Tweet This Quote

“There is no limit to how many disabilities Livox can handle,” says Carlos. “We never stop creating new things. When someone comes to us with a new need, we think about every single thing Livox can do to solve it.”

Livox is available for families to download on Google Play. Carlos also licenses his app on pre-loaded Intel tablets to governments, which then distribute them to schools. To date, Livox has over 20,000 users in 19 of Brazil’s 26 states.

Additionally, Carlos recently closed a deal with a large network of hospitals in Florida, where the Livox app is up to 4,000 percent cheaper than current medical solutions available. Soon, the company will expand into Saudi Arabia, as the government recently purchased 100,000 licenses. 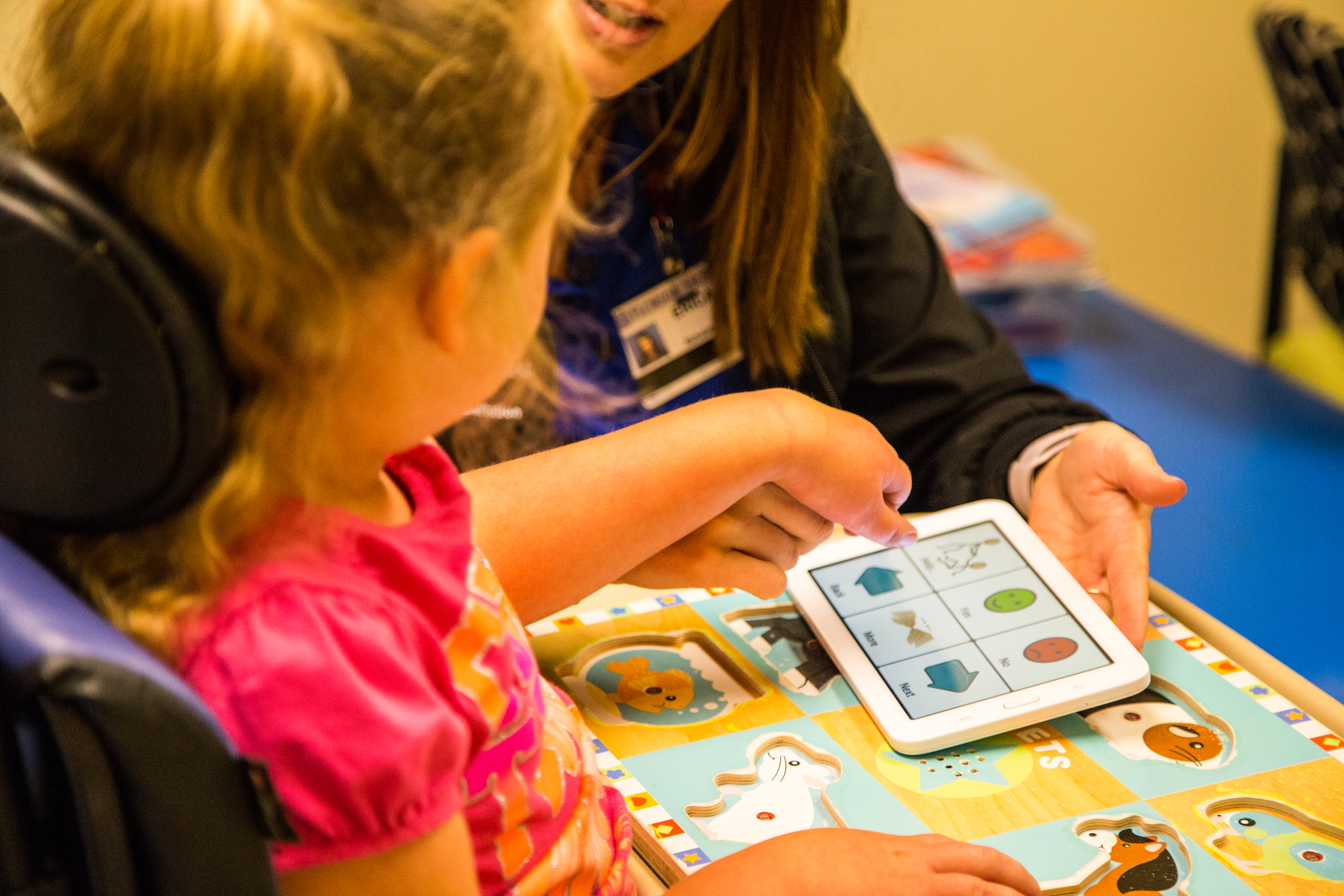 A Livox user at The Florida Hospital in Orlando, Florida. Livox is already being used in five of the hospital’s seven facilities in Central Florida. Photo from Livox

Despite its growth, Livox still only reaches a fraction of those around the world who could benefit from the technology. To increase affordability and accessibility and maximize impact, Carlos launched a non-profit arm, called Inclusion Without Borders (IWB).

“It bothers me a lot because I know that technology can change lives, but some families don’t have enough money to even buy a meal, and they have a child with a disability,” says Carlos. “Through IWB, we want to provide this technology cheaper, or even for free, for these people.”

Communication is one of the most basic human needs. Tweet This Quote

Google.org learned about the Pereira’s story in 2015 and awarded them $550,000 as part of the Google Impact Challenge: Disabilities. The money is currently going toward improving the speed of augmentative and alternative communication software. This will reduce the time that people have to wait for someone like Clara to write a response – something that Stephen Hawking himself admits causes him loneliness. 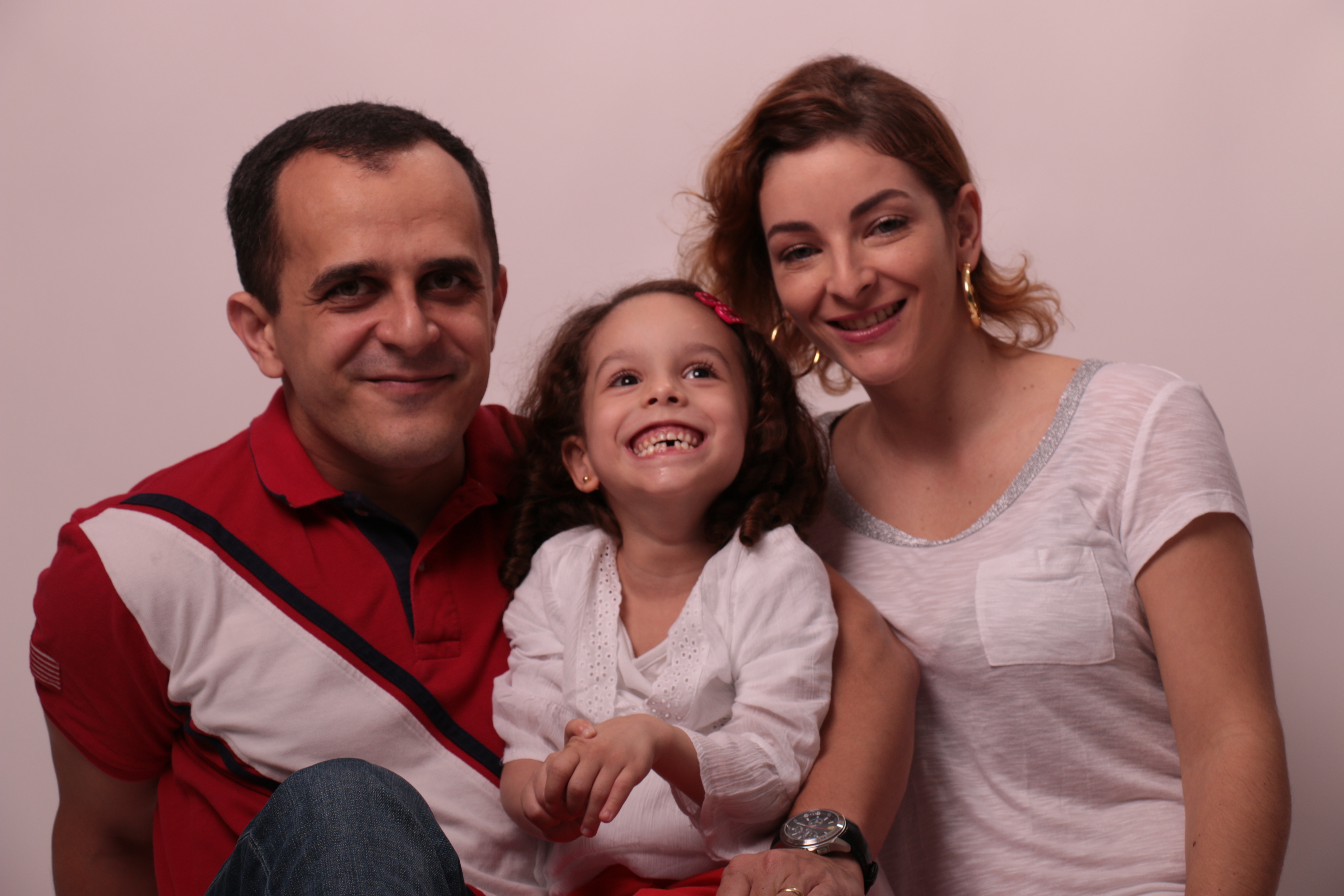 The Pereira family from left to right: Carlos, Clara, and Aline. Photo from Livox

Most recently, Carlos won the Social Entrepreneur Award 2016 from a partnership between Folha and the Schwab Foundation – the largest award of its kind in Latin America.

“Technology changes at an amazing pace, and what’s possible now wasn’t possible ten years ago,” he says. “It’s hard to figure out what twenty years from now will be like, but I know what I want to do. I want to keep innovating to create technologies for people with disabilities.”

Reforesting a Future With Drones: Q&A with BioCarbon Engineering

Reforesting a Future With Drones: Q&A with BioCarbon Engineering