Entertaining Millions of African Children Might Be the Key to Literacy

Of the nearly 130 million school-aged children in Africa today, it’s estimated that one-quarter of them won’t have the opportunity to attend school. Of those that do get the chance, a small fraction will receive access to quality teachers and adequate resources that fully support their education.

Though primary school enrollment rates reach as high as 90 percent in East Africa, the majority of students are not learning basic literacy skills within their first few years of education. If trends like these persist, Africa’s future generations will remain alarmingly vulnerable. The question is what is to be done.

After living in Tanzania during and after her undergraduate years, Nisha Ligon witnessed how poor education deeply infiltrated numerous other issues. With a background in science and filmmaking, she moved to the U.K. to work for a company that created educational video content for kids in the developing world.

Kids need the resources and motivation to learn at a low cost and massive scale. Tweet This Quote

She soon experienced a mounting sense of frustration, however, as she realized the majority of kids who needed it most would never access what she produced. So, she quit her job and moved back to Tanzania. After a fortuitous two-hour coffee meeting in Dar es Salaam with a handful of other creatives, educators, and technologists, Ligon co-founded and became the CEO of Ubongo in 2013.

“440 million kids under the age of 15 in Sub-Saharan Africa stand to miss out on opportunities for a quality education,” says Ligon. “Our goal is to give kids the resources and motivation to learn at low cost and massive scale.”

Ubongo, which means “brain” in Swahili, produces interactive educational content for children and delivers it to African families via technologies they already possess, like radio, television, and SMS.

Instead of building a new technology, Ligon and her team decided to focus on producing fun, high-quality, localized content for the technology that was already being used in East African households. They created the first-ever animated TV series in Tanzania, called “Ubongo Kids,” which teaches math and science to primary school-aged children in an engaging and accessible way.

Earlier this year, Ubongo launched the first pre-school cartoon in the region, “Akili and Me.” In both shows, a cast of animal and human characters talk and sing lessons that are carefully crafted to teach kids to love learning.

“If we can help kids access resources to build a love of learning and a growth mindset — or even just move the needle a tiny bit on a generation of kids — then that’s going to have an exponential impact on the whole continent,” says Ligon. “They’re going to be the new leaders who will solve the problems we face now and into the future.”

Ubongo’s shows broadcast all week on TBC, a Tanzanian equivalent to BBC, which anyone with access to a TV can view. Beyond Tanzania, Ubongo broadcasts weekly or twice weekly, with three different show times on Saturday mornings in Kenya and shows on the weekends in both Rwanda and Uganda. All shows broadcast in Kiswahili and English, and are in the process of being translated into French. 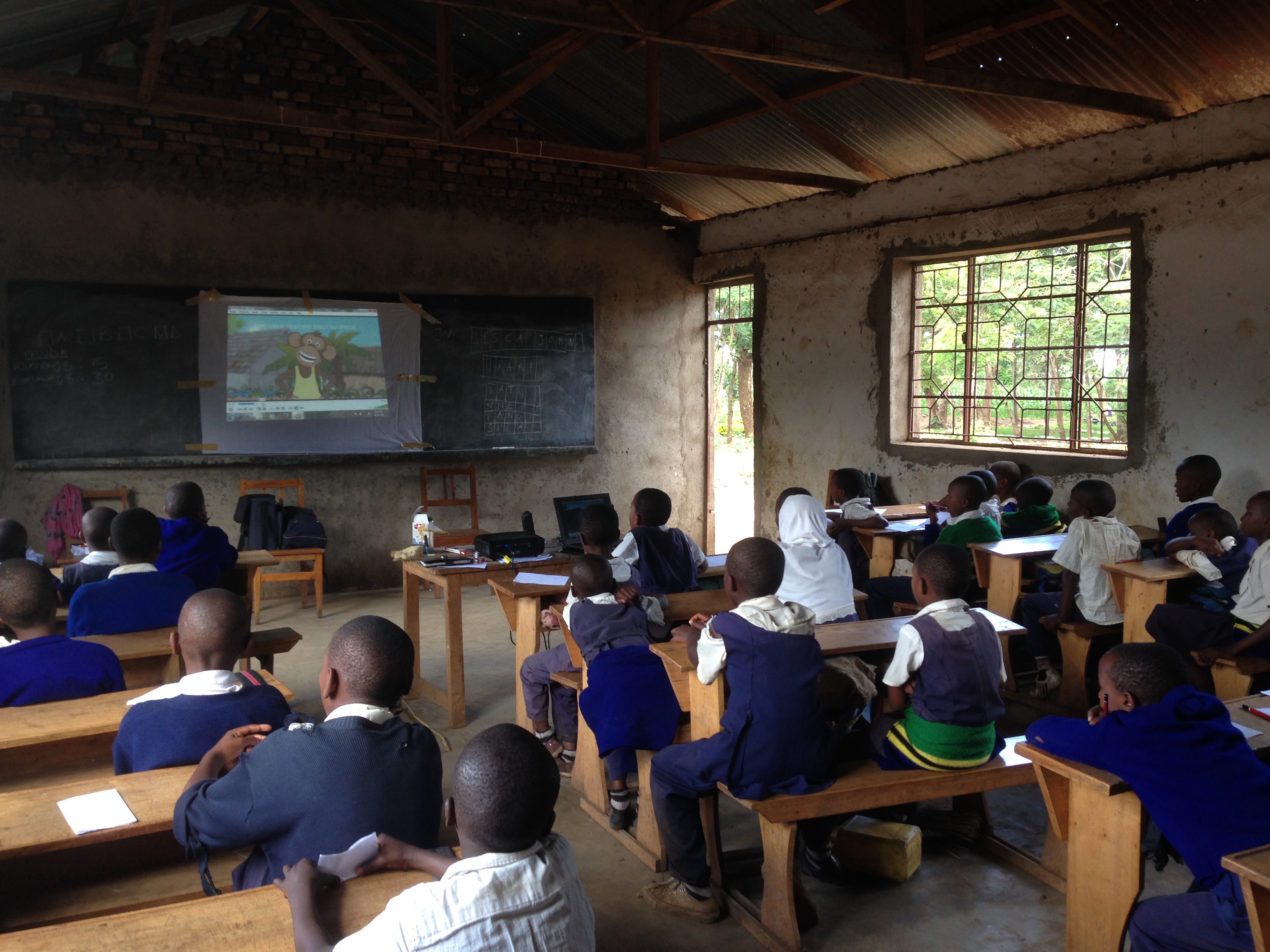 And the impact speaks for itself: An impact evaluation showed 30 percent greater gains in early numeracy and literacy skills when kids watched “Akili and Me” versus control groups that watched non-educational shows.

According to Ligon, whereas the first half of 2016 was all about launching Ubongo’s new products, such as a radio show to reach kids in rural areas, the company focus is now on scale.

“My dream is that 20 years from now, I’ll meet people who grew up watching the show and were inspired to make a difference in whatever way they can, from making improvements in their local community to going into science or politics,” she says. “Then, in the way people do with ‘Sesame Street’ now, they can say, ‘[Ubongo] really impacted what and how I learned as a kid, and it helped set me on this path.’ That’s really our goal, to help change the trajectory of the next generation.”

Kids are going to be the new leaders who will solve the problems we face now and into the future. Tweet This Quote

The team is well on its way. They are raising funding to open more country offices, adapt content to new languages, and increase their overall production capacity. “Ubongo Kids” will expand into 24 new countries within the next few months.

But the progress won’t stop there. In two years, they envision their products ‘edutaining’ children across the entire African continent, impacting lives for generations to come.

The entrepreneur featured in this story participated in Project Literacy Lab, a new initiative co-founded by Pearson and Unreasonable Group to wrap resources around the fastest growing ventures worldwide positioned to solve key challenges tied to illiteracy.

Closing the Opportunity Gap in the Information Age

Closing the Opportunity Gap in the Information Age