How Mexican Prisoners & Artisans Gave This Startup A Competitive Edge

“All my friends from university were like are you crazy?” Says Nuno, “You have the best job in the world and you quit to start your own company?”

Do something not for the money, but for the mission and impact. That’s what keeps you going and motivated. Tweet This Quote

Three years later, his startup, Flor De Mayo—a textiles company that merges traditional arts and crafts in rural communities with contemporary design and mainstream markets—is in the process of impacting more than 600 thousand indigenous Mexican artisans living in poverty by giving employees sustainable incomes and community support. They employ 50 indigenous artisans from Naupan and Puebla, and will hire another 100 artisans from Cuetzalan and Puebla in late February to expand to a total of 500 employees by 2016.

Nuno volunteered in various communities in high school and admired the work of the mostly women artisans who made elaborate embroideries, but who never sold them. He saw only potential.

“We made shirts for ourselves and then our friends started to ask for us to make them t-shirts,” Nuno says as he explains the initial product development. “We tested our product at a small fare and sold out. In less than a week, we had 700 artisans wanting to work with us.” 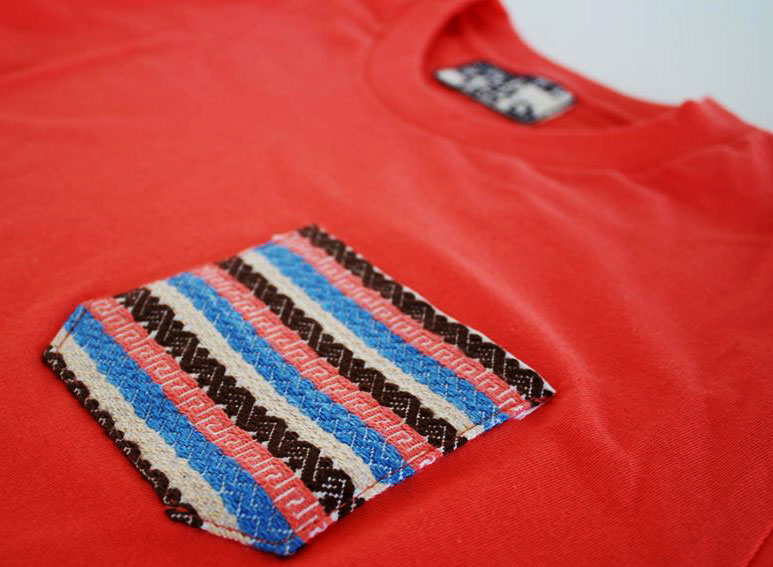 It took time and experimentation to create a cost-effective and humane production process starting with unique designs from indigenous communities all the way to mainstream distributors. Many traditional production processes they’d been exposed to don’t value each individual, but the Flor De Mayo team developed a transparent process where each person along the way is fairly compensated.

“We had no idea about fashion. We are all engineers. We looked into the fashion industry and learned as we went,” says Nuno who mentions it would have been helpful to work backwards from the selling price of the shirt to decide what materials to source.

Artisans make pieces of textile handcrafts according to design specifications in their homes then deliver to leaders in the community for immediate compensation of up to 300 percent more than their previous earnings. The embroideries are dropped at the nearest FedEx en route to Flor de Mayo’s headquarters. Using economies of scale to reduce cost, they source shirts, backpacks and other items from different suppliers that meet quality standards and incorporate the local designs. 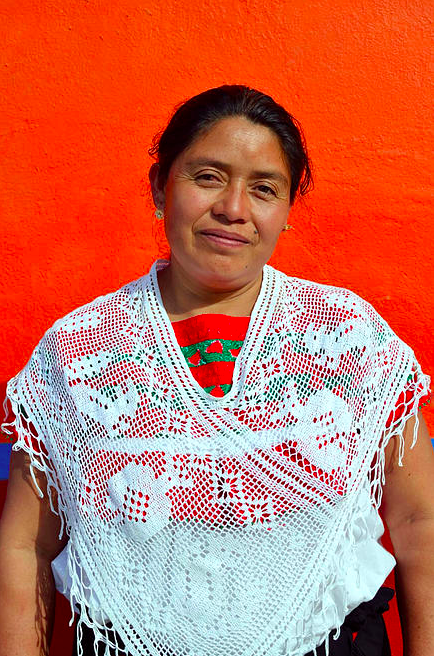 Flor de Mayo gets creative with their production chain as it is filled with potential ways to impact Mexican society. “We are really excited about this part,” says Nuno, “After we receive both the handcrafts and the products, we take them to the jail where the prisoners sew them together, add the labels and pack the finished product. The prisoners use the money we pay them to sustain their children´s lives outside the prison, especially to pay the school fees.” Then the products get delivered directly to stores and end customers.

“Last week we closed a deal with SEARS,” says Nuno, “Mexico´s largest department store chain, to start a pilot project in five of their shops in Mexico City. If it goes well, we could expand to the 87 stores they have all around the country. We are looking for more partners like this to distribute our products, specifically in the US and Europe.”

Flor de Mayo keeps up with the growing number of employees is by creating brand-partner relationships. This saves them the assembly and distribution steps in addition to creating another source of revenue. “Our current brand partners are Permachef, Mexico’s top manufacturer of chef uniforms; and Chiquimundo, one of the largest manufacturers of baby products,” explains Nuno, “They are both producing items that incorporate hand embroideries made by our artisans.”

The pieces of clothing come with something beyond a brand name, a story of social impact. Each label has a name of an artisan.

During an annual gathering of mentors, supporters and artisans, a woman was interviewed about her work with the company. “They asked her what has been the most significant change in her life since joining us,” says Nuno, “We were expecting something about the increase in her income, but the answer surprised us and made us realize something really powerful. She answered that the greatest change in her life is that now she has a group of friends that support her.”

She answered that the greatest change in her life is that now she has a group of friends that support her. Tweet This Quote

“We made a quick study and realized that now every artisan has five close friends in average—usually their closest neighbors—and 45 other acquaintances they can rely on, just because now they work for the same goals and see themselves as a group,” explains Nuno, “Just knowing the impact this can have on these people’s self esteem makes us want to replicate what we are doing in as many communities as we can.”

Thinking back on the reaction he garnered from other students at the get go, Nuno, still in his twenties, offers this advice: “Do something not for the money, but for the mission and impact. That’s what keeps you going and motivated.”

What Every Entrepreneur Needs To Know About Online Marketing

What Every Entrepreneur Needs To Know About Online Marketing

Cayte is an Unreasonable correspondent. She collects stories and lessons from and for entrepreneurs dedicated to solving the world's most pressing problems. She writes on a variety of subjects including science, technology, international development, the environment and travel.